Want Innovation? Build a Bootstrap Board of Directors… 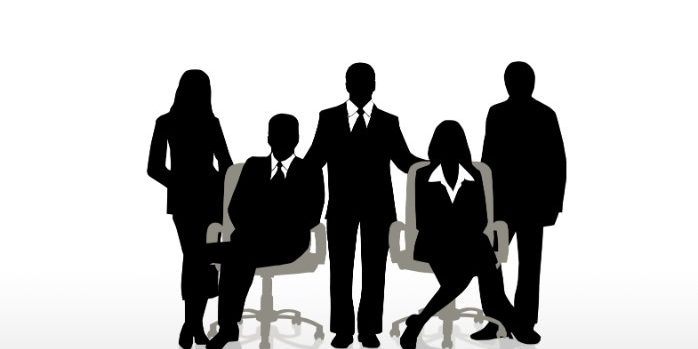 Tony Robbins talks about the need for bringing “new eyes” to gain a new innovative perspective and for a business to maintain the competitive edge and grow.

The idea works great for large corporations who can either hire new eyes, or afford focus groups…etc. But, for us who are members of smaller organizations, where both extra time and money are at a premium, new eyes (and eyes familiar with our stage of growth) are hard to come by.

To help combat that problem, myself and a few other professionals, committed to growing their businesses, decided that we would come together and collaborate to create an innovative environment for mutual growth.

We’re all in different businesses (though there is some overlap between industries), and from different backgrounds, but we share the mindset of development both personally and professionally.

The group has worked wonders. Since starting, we have all grown our businesses between 20% an 50% faster than before. And its all because we have a group of people who bring a fresh perspective to our common problems and offering creative solutions.

We have created a board of directors for ourselves–a likeminded group of different perspectives.

So you want to innovate, but may be at a loss for how to leverage colleagues to bring in a fresh perspectives–here is how we did it in a few simple steps.

Its both easier and harder than it sounds. Its harder than you think because you can’t do it yourself. You can’t just decide to build a group and then entirely independently achieve it. But its easier because the right group will have a semi- magnetic quality and you will know when its the right people. So, for us, it started with 2 people. We were discussing the need for this creative innovation and realized we could do it together, then realized we would need more than just us. So we both thought of a 3rd person. Someone we both knew pretty well and also knew that if we both approached him he would definitely be on board.

Then, all of us talked and discussed what else we wanted. But, and this is key–we didn’t choose based on professions (or in one case someone we even particularly liked) we chose someone who could bring a diagnostic mentality and an innovative perspective. They needed to be in a similar place professionally but balance us–by adding to our weaknesses with their strengths and vice versa. So, quickly the 3 became 6 and we all have counter balances and diverse ideas regarding our own problems and each others solutions.

We realized (when it was just the 2 of us starting out) that we didn’t want an inspirational meeting twice a month. We wanted something far more important. In all honesty if you are in a place where motivation is what you need, you probably are not in need of a board of directors and instead you should look inward to learn self-motivate to get to the level where motivation is constant.

No, we didn’t need motivation. We needed actionable ideas from people who knew a thing or two about the problems we were facing. But, the next thing we ran into was a dichotomy–“are we attempting to have a conceptual discussion or a detailed discussion on a point by point basis at these lunches?” At first it was conceptual–helpful but not a game changer. Someone was asking about social media marketing and it was high level and insightful–hitting the major channels and points, but it wasn’t anything we couldn’t find out in 20 minutes on our own with google.

So we developed it to be actionable. The idea was whoever in the group was succeeding in a single area brought to the group specific things they did to achieve that success that everyone could implement actively.

When you sit down to a lunch, most people are busy, distracted and often interrupted–especially if the value isn’t there to occupy our minds and grab our focus.

That peters out and quickly. So, going back to the point above, it started with everyone going around the table and saying 2 things:

1. the biggest challenge, that if solved would improve their business immediately. (an example would be–how to overcome a worker’s comp audit or how to target a specific group of prospects with an email campaign)

and 2. the biggest thing they feel like they have conquered recently. (basically the same sort of thing as their challenge–e.g. hire an office manager who fits their system or change office spaces)

with those two pieces of info, our worlds changed. We went around the table, everyone with 5 minutes to explain the challenge and success. Then around a second time with everyone speaking to a need (someone else’s success) and to a help (someone else’s challenge).

A challenge doesn’t always get addressed or a success utilized. But, we all have gained immense benefit frequently and we all consistently show up and contribute. And the best (and most unexpected) gain–every week we pick up an insight into something that we hadn’t thought of at all–something that allows us to see a greater view of the field in front of us.

Best of luck, my group has helped me immensely.

How do I Choose My deductible? Auto and Homeowners Insurance Breakdown
June 19, 2017